On May 3, 2021, President Biden signed a memorandum to increase the number of refugees allowed into the United States for this fiscal year (Oct 2020-Sept 2021) from a historic low of 15,000 to 62,500. CMC welcomes this development and applauds President Biden for fulfilling this promise. 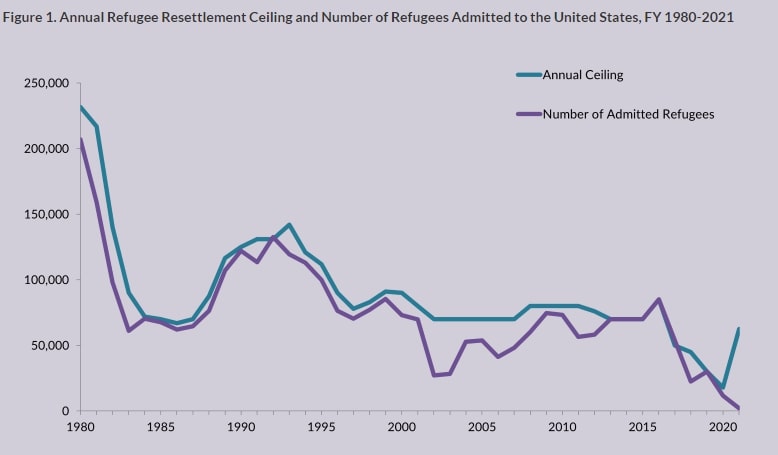 Due to the decimation of the U.S.’s Refugee Resettlement infrastructure, both domestically and abroad, under President Trump, the number of refugees entering the US this year is not likely to reach 62,500. That said, President Biden’s action sends an important signal to the rest of the world: that the United States will once again lead by example in welcoming refugees.

Refugees had to flee their country because of who they are or what they believe. No one wants to be a refugee. Given our history and status in the world, we have a moral duty to continue to welcome refugees to the United States. Refugees enrich our country and communities. Here in Iowa, refugees help address the increasing workforce shortage. Because of Iowa’s declining birthrate and aging population, we need more Iowans in order to stay prosperous and competitive with other states and the rest of the world. The refugees we welcome to our state become Iowans and can lead our state to a better future.

The Catherine McAuley Center believes our future depends on inclusive communities that welcome, respect, and support a diversity of individuals and ideas. Refugees come from other cultures and speak other languages. By welcoming refugees we show compassion for all people no matter who they are or their faith. As the number of refugee arrivals returns to what the US has historically received, CMC will continue to welcome these new Iowans.

*Donations are accepted outside of these hours by appointment only*