March 2018 marked the 7-year anniversary of the start of the Syrian Civil War, now one of the largest humanitarian crises in the world. Altogether, 43.2% of Syria’s 22 million people have unwillingly left home. Percentage wise, this would be as if 1.36 million Iowans were forced to flee the state in less than a decade.

Recently, U.S. Ambassador to the U.N., Nikki Haley, was asked how the U.S. can justify admitting only 11 Syrian refugees this year. Ambassador Haley responded, “[Syrian refugees] want to go home…Not one of the many I talked to ever said we want to go to America.” Haley’s answer misleads. She implies that the U.S. only admitted 11 refugees this year because these refugees want to return home to Syria.

Understand, no one chooses to be a refugee. No one wants to be a refugee. Given the choice, refugees would return to their home country. But they cannot. To qualify as a refugee, these Syrians must have fled Syria and have a well-founded fear of persecution because of who they are or what they believe. Though Syrians long for their country, they cannot return because they, their spouse, and their children would be killed if they return.

Only about 1% of refugees every year are resettled in a third country like the United States. These individuals apply and, after thorough vetting which can take several years, arrive in a new country to make their home. Many request come to the U.S. because they have relatives or friends already here. They ask to come to the U.S., not because they want to leave their country, but because their country is no longer safe and no hope remains for a solution in the near future. Refugees often feel the tug of home. Many would prefer to return to their country of birth in peace. But peace eludes their country, so they remain here and create a new life for themselves and their children.

Given the bloody Syrian conflict, the United States’ history of welcoming refugees, and our capacity to continue doing so, allowing only 11 refugees in this year is a failure of moral duty. Our leaders cannot claim to care for Syrian children poisoned by chemical weapons, and then refuse to allow Syrian refugee children to enter the United States. We call on our leaders to put pressure on the Department of Homeland Security to continue security screenings of Syrians. We call on our leaders who pressure our President to allow more refugees from Syria. As the bloody civil war in Syria continues, bringing Syrians who fear for their lives to safety in this country is the least we can do. 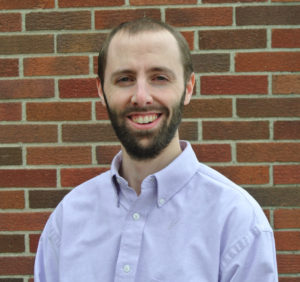